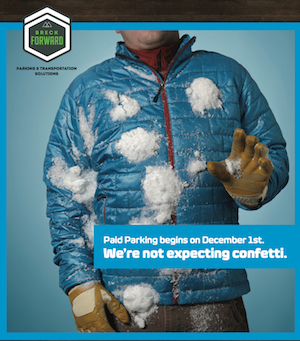 We recently finished a new campaign for Breckenridge to help the town gain acceptance for their new paid parking system. Diffusing anger and frustration with a little self-deprecating humor takes courage. Kudos to the good folks at the Town of Breckenridge, Colorado for being willing to take the hit! 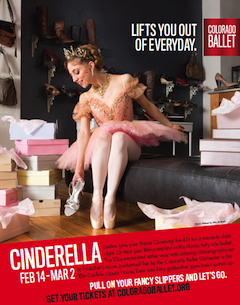 Colorado Ballet, now in the second year of our evolved branding and retail campaign, has posted record breaking sales for the 2013-2014 season. The hauntingly beautiful Giselle opened to rave reviews from audience members and critics. Colorado Ballet’s 53rd annual production of The Nutcracker broke previous revenue records set in the 2012-2013 season. The spring production ofCinderella had the highest average attendance per performance for any production excluding The Nutcracker for at least the last 20 years. Launch is honored to be a part of the success.

Von Tornow Gallery is a fresh canvas for Launch. 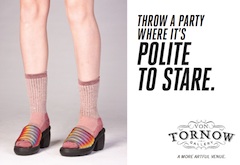 We’ve been doing some branding work for Von Tornow Gallery. VTG is located in the Golden Triangle District in downtown Denver, and doubles as a unique event space. We’ve developed a series of posters and postcards that promote VTG as ‘a more artful venue’ for parties, corporate and nonprofit events. You might want to investigate the space and invite Art to your next shindig.